Char Dham Yatra Uttarakhand has great significance in Uttarakhand. The Char Dham whose literal meaning is the “Four Abodes” is a set of four pilgrimage sites in Uttarakhand. It encircles the four holiest sites which are located at four directions of India precisely in Badrinath, Puri, Rameshwaram and Dwarka.

These holy sites were established by Adi Shankaracharya in the 8th century AD. However, a fairly smaller circuit of the Hindu pilgrimage was also formed in the hinterland of the Himalayas. It came to be known as the “Chota Char Dham”.

Many Hindu scriptures suggests that Guru Adi Shankaracharya attained Moksha in Kedarnath. The benevolent Garhwal Himalayas have been mentioned in numerous Hindu religious texts including Vedas and Puranas. Thus, making it is the holy abode of several Hindu Gods and Goddesses.

Why every spiritual being must commence the Char Dham Yatra in Uttarakhand:

Uttarakhand bestowed with the title of “The Land of Gods” is truly a wonder of the divine. Many religious texts suggests that the Devas or the Gods performed their severe penance here. Many prominent Hindu Gods also found their safe haven here.

The pristine mountain ranges, the eternal rivers, lush meadows, solemn river confluences and rare Himalayan flowers attracts the attention of the visitors from all around the world. The divine holy places tucked in the Himalayas make Uttarakhand a perfect place to seek spiritual bliss.

The Char Dham Yatra has a great importance in Hindu religion as millions of devotees come here to pay obeisance to the lord in order to eliminate all the sins and to attain salvation by the blessings of the deity.

It is believed that every person who abides their faith in Hinduism must commence the Char Dham pilgrimage once in a lifetime. This rewarding pilgrimage has also become popular among foreign tourists who wish to see the rich culture and the spectacular mountain beauty of the Himalayas in front of their eyes.

Note: The Charm Dham Yatra can be completed in one stretch within 10-11 days. Other than this, helicopter services are also available to access the four heavenly abodes. The portals of the Char Dham are closed for six months due to heavy snowfall as the temples remain inaccessible.

15 Most Important Hindu Temples in Uttarakhand 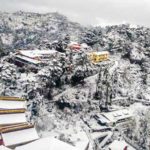 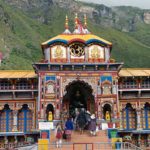 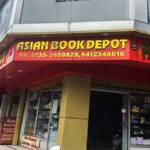 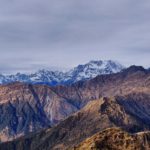